Well that’s done and dusted for another year, and as of yesterday I’m the mother of a six-year-old. Although this makes me feel decrepit, I must say that this year I feel I finally ‘got’ the kids’ party thing.

Honestly, you can kill me now. You will not believe it: until two weeks ago, we had NEVER been to the Half Moon in Plumpton, near Ditchling. And next month we will have lived in Lewes for five years. We simply should know better.

UPDATE: 07/09/2014 Since my littler son and I first went to Red Jelly, Tash has moved on from the business to start primary school teaching. She had had several amazing years starting and running the business that was incredibly popular, so she put the word out to see whether anyone would like to take over. We […]

I’m not going to bore you with why this blog has sat untouched for nigh on two months. Let me share instead what feels like a very precious secret, just under 20 minutes from here. Today we headed to Ditchling to do a tiny bit of the Artists Open Houses – we had a rare morning together, just […]

Whenever we go to Little Museum Visitors at Ditchling Museum, we head to Mister Magnolia’s for lunch. It’s relatively new and is named for the marvellous single-shoed protagonist of Quentin Blake’s book of the same name. The guy with sisters who play the flute, an enormous pet ‘brute’ and owls who have lost their hoot. (We’re impressed […]

We’ve lived in Lewes nearly four years now. Like most of you will have, we’ve been to several play farms – many, several times. But it was only a year ago that I first heard of Washbrooks Family Farm. So the minute I started this blog, I made a beeline for it. I asked Washbrooks if they’d […]

END_OF_DOCUMENT_TOKEN_TO_BE_REPLACED 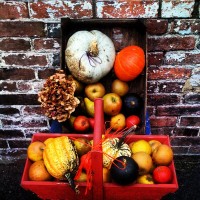