Well that’s done and dusted for another year, and as of yesterday I’m the mother of a six-year-old. Although this makes me feel decrepit, I must say that this year I feel I finally ‘got’ the kids’ party thing.

I’ve done it. I’ve said the C-word. Or at least insinuated it in this post’s title. Although I take serious exception to being told mid-August by a catalogue that ‘it’s never too early to start planning for Christmas’ (because yes, yes it is), I accept that it’s late October and there’s about eight weeks to go until the […]

I’m excited – but also gutted. Charleston contacted me earlier this week to tell me they’re doing special children’s tours of the house during half term week. I would love to do this with my son, but we are away or he’s in clubs while I work. Boo. If anyone goes, you must let me know what […]

Whether from friends or from those who guess that Little Lewes is my blog, I sometimes hear remarks such as ‘your life looks so idyllic’ – or worse, ‘your blog makes me feel so guilty, you do so much stuff with your kids’. So here’s a quick post to put that to rest. Now don’t fear, I am not getting defensive […]

You may be having a sense of deja-vu because, yes, I’ve written about Kids Company’s ‘See the Child. Change the System‘ campaign before. That post is here. There are now over 23,500 signatures on the See the Child petition. However, as the campaign gathers speed, it needs more signatures than ever to have any real impact. […]

As I mentioned in yesterday’s post on rainy day ideas, I have been wanting to publish this post for the past 10 days, but have been too sad to put pen to paper because I couldn’t look at the pictures of that sparkling Sunday before last when it’s been so soggy since. It’s not raining today (yet), so forge […]

The blog has been silent for a week, which these days is a bit unusual. You’re probably not wondering why, but I’ll tell you anyway: it’s because it’s raining. Yes, I am one of those people who becomes quite severely demotivated in every way by wet weather, so no, I am not that suited to […]

END_OF_DOCUMENT_TOKEN_TO_BE_REPLACED 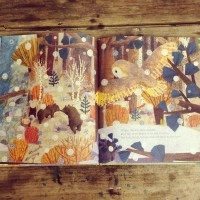