Abi and Ed Kellie are a couple I have met a few times at various kids parties and picnics. They are openly keen on wildlife. And they are effusive about teaching our children about it…

The Kellies are Lewes parents of two boys, and the creators of ‘Wildlife Jack & His Animal Adventures‘. It’s a new mini-series that will teach children aged nought to six about British animals.

As Abi, a former-journalist-turned-trainee-teacher, and her film director husband Ed point out, most British kids are more familiar with lions and elephants than with otters, hedgehogs, dear and seals. What a shame!

The Kellies are working tirelessly to raise funds to make the first six episodes of ‘Wildlife Jack’, which will be released as a DVD.

If they don’t hit their target, the Kellies don’t see a penny of what people have kindly pledged so far. And ‘Wildlife Jack’ will not be made.

Excitingly, on Tuesday the BAFTA award-winning wildlife narrator Chris Packham agreed to join the show. Remember ‘The Really Wild Show‘? He was its voice. This is huge news – the Kellies could do it!

If you want to make a pledge, please click this link to their Kickstarter page. There’s more about ‘Wildlife Jack & His Animal Adventures’ on the website – this is where you’ll find the clip too.

Meantime, I’m picking their brains. They’re local parents and local wildlife keenos. So Abi and Ed make the perfect Little Lewes guest posters for this, the second Perfect Guests slot. (After the click-through…).

Why bug hunts in Lewes?

As with everything about Wildlife Jack is, the answer is the inspiration of our children.

Our eldest son Fynn, 4, drops to the ground like a solider whenever he sees a creepy crawly, however small and ordinary. “Mummy, is that a Queen Ant?” is typically followed by a weak mumble of: “I think so…”.

This week, we were delighted to find three baby frogs in our tiny garden, just off Lewes High Street.

When frog number one bounced out from a potted geranium leaf, Fynn shouted: “Look, they were camouflaged!”

This sighting was a reassuring reminder of the cycle of life. Our resident toad (and beloved pet) died under the pond ice during the chilly spring.

With Wildlife Jack fever mounting in our household since March, we’ve been quite obsessed with bug hunting and animal spotting. And we have three great spots to share with Little Lewes’s readers.

In Lewes, right by Cliffe, the  Railway Land‘s meandering river, its woods and Hidden Glade provide endless opportunities for bug and bird spotting.

This beautiful nature reserve is 20 acres in size. It stood for 50 years as rail yards and was then left to its own devices for a further 25. It has since been saved by local residents from development – and become a treasured nature reserve.

We found a spot at the bottom of the giant mound between the Court Road housing estate and the stream running out towards the River Ouse.

Here we explored a huge hollowed-out tree, where we found fat beetle larvae and click beetles. But beware the nearby wasp nest!

A lot to spot then!

You may be surprised to learn that St John’s sub Castro Church graveyard in The Pells area of Lewes is home to several hives of bees, once fondly cared for by a local resident.

The graveyard land is now being managed carefully. There are swathes of long grass and wild flowers, to provide pollen for the bees and butterflies.

Some might think that exploring in a graveyard is a little morbid. But this is a higgeldy-piggeldy place that is peaceful and fairly wild. Just make sure you watch your step as there many buried or barely-visible stones and knotted tree roots!

If you’re on your way to the Pells Pool, duck pond or playground, it’s a lovely place drop by and see these winged creatures in action.

Bentley Country Park’s wood is not only a peaceful, sun-dappled haven for parents, it’s rich in animals, large and small. There’s plenty of shade, rotting fallen tree trunks, thick foliage and a shallow pond for dipping in to.

There is also an ‘insect hotel‘, built by Bentley’s ranger Paul. He also knows where to find the badgers’ tracks and sets, foxes’ holes and owls’ pellets. As well as beetles and hornets galore!

During Elderflower Fields, we teamed up with freelance ranger Ed Heusser to take festival guests on hunts. Children rummaged through rotting bark, screamed with glee and unearthed:

After 48 hours, Fynn was an expert. I’ll never forget his confidence as he regaled adults around the campfire with fact after fact about the insects he’d seen.

This mini-Attenborough had found his soapbox, and wasn’t getting off it soon!

Ed and Abi will be giving Little Lewes ‘Wildlife Jack’s Top 10 Tips for Bug Hunting with Kids’. Look out for the post tomorrow.

Meantime, visit wildlifejack.com for a peek at their ‘third son’ Jack – and his wild and lively exploits. Better still, go to their Kickstarter page and help bring Jack to life.

One thought on “Perfect Guests: Bug Hunting with the Creators of 'Wildlife Jack + His Animal Adventures'” 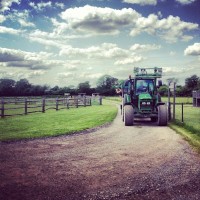 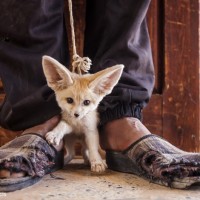