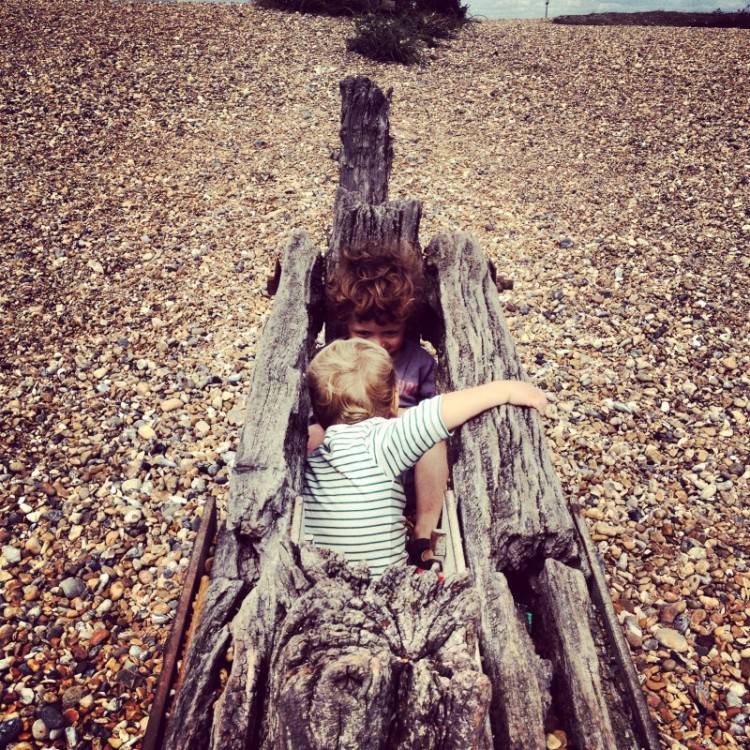 A couple of months ago, Emily, who looks after my toddler son at the wonderful Lewes nursery Stepping Stones, shared with me her list of favourite things to do with her kids in Lewes.

She described Normans Bay as ‘tucked between Bexhill and Eastbourne’ and ‘the closest sandy beach to Lewes‘. We’re so lucky to have so many beautiful shingle beaches to choose from. But I loved the idea of a sandy beach. So we went on Monday, when summer suddenly returned after a week of autumnal scents drifting into the air. 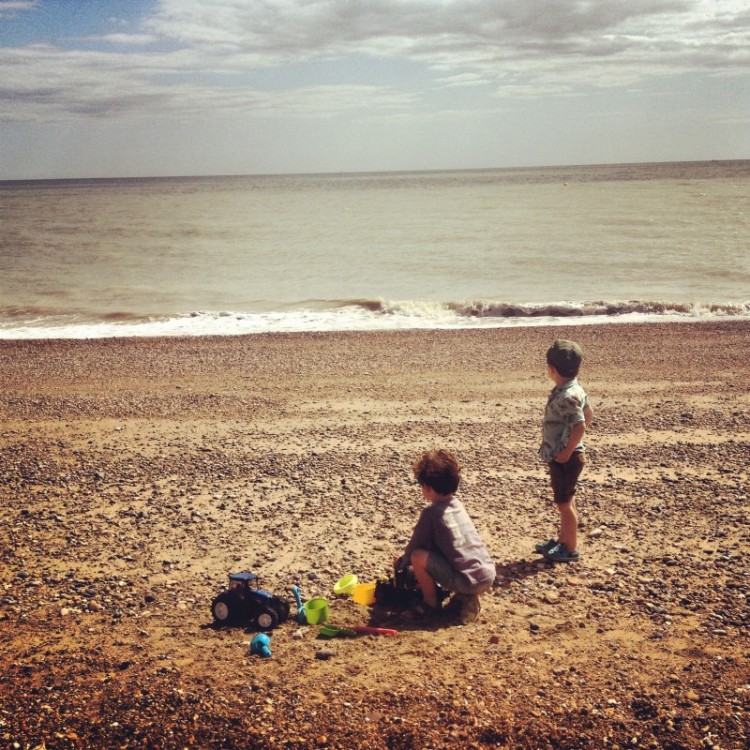 I went with a friend – she from Brighton by train, I from Lewes (shamefully) by car. With so much baby/toddler gubbins still to tote about, I admit to taking the easy option.

On the plus side, this gave us a chance to review getting to Normans Bay by both means of transport.

The drive is estimated by AA Routeplanner as 35 minutes.

It starts with the very straight, pretty part of the A27, surrounded by the falling and rising of the Downs.

Keep heading towards Eastbourne and as soon as you see Pevensey Bay on a roundabout’s options, take the exit. Continue taking exits to Pevensey until you hit a roundabout with a ‘Normans Bay’ exit off to the right.

This consequent road was weirdly breathtaking to me. It cuts, in a winding motion, through high grasses on both sides. With such a heavily undulating landscape behind us, its flatness was striking. Some barely-there signage, told me this was the Pevensey Levels Nature Reserve.

Natural England describes this as an a managed area of wetlands whose wildlife highlights include 20 species of dragon- and damselfly.

The sky ahead was huge – bright periwinkle-blue and filled with great white blooms. There was that seaside light I love so much, reminiscent of Scandinavia, where my father is from.

Then a small road appeared on the right, a tiny railway station just beyond it. There was a sign saying something like ‘Normans Bay Private Road No Parking Pedestrian Access Only‘. Ignore this – some rail engineering guys said that yes I could drive the ‘private road’. At the end of it was a public one – and spots to park. 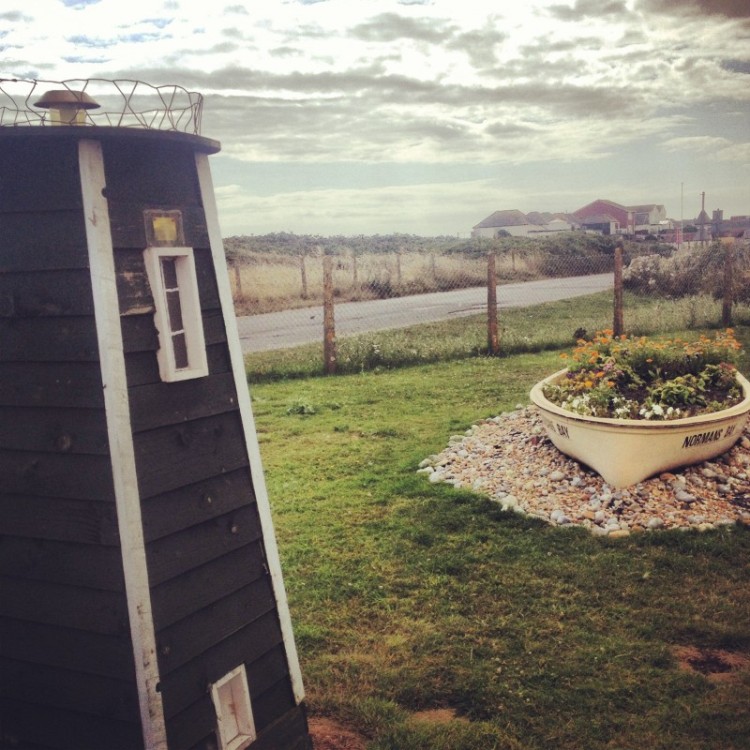 I headed up this, over a mass of speed bumps, through a tangle of mismatched houses apparently only occupied during the summer. Just past the caravan park on the right (where I found my friend), I parked up in a lay-by.

Opposite the caravan park there lay a wide track up to a dune-top. And on the other side of this was the beach. This was a good spot it turns out – access to the caravan park’s shop meant ice cream! (Although don’t expect to use their loo, park there, or do anything else there – they’re rotters if you don’t have a house attached to your rear bumper).

My friend came by train (and it stopped at Lewes). It’s an hour from Brighton and trains back were every 45 minutes.

The station is tiny – a platform and nothing else. It’s a fair walk to our spot (about 20 minutes with those dragging feet). But this track opposite the caravan park seemed to be the first point of access to the beach from the station. 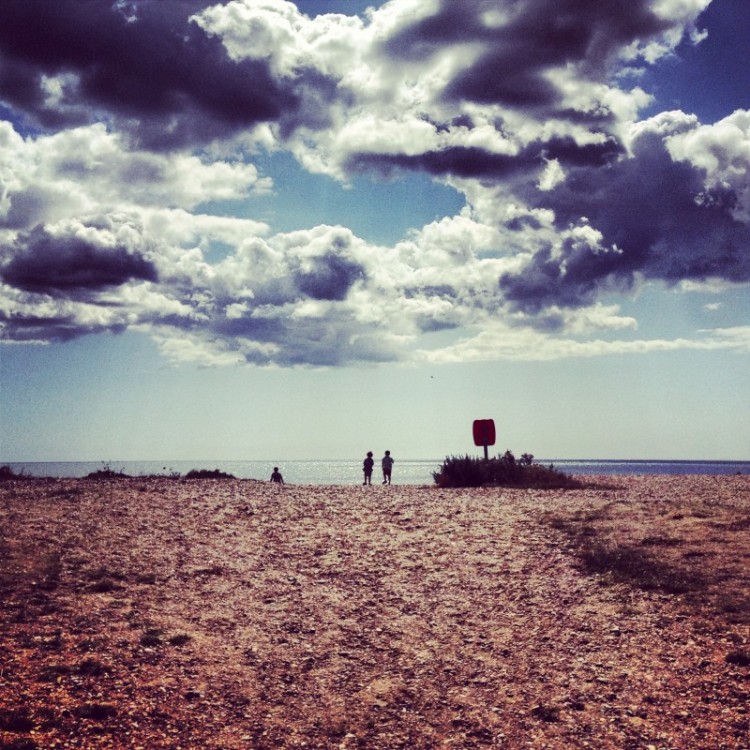 Note, too, that Emily mentioned a pub called The Star Inn, with good food and a large play area – we didn’t see this, so it must be further on along the road from the caravan park.

Back to the distance though – my friend’s boys were not best pleased by the time they all got there.

If you’re coming with children below the age of six or seven, consider the car or if you have one and the tinies are small enough, train it with a double buggy. That said, buggies need to be dragged backwards up to the dune top (unless off-roaders) and you may need to carry your kids to do this. A bit awkward.

On arriving, mine weren’t best pleased either. There appeared to be a steep, shallow beach of SHINGLE! 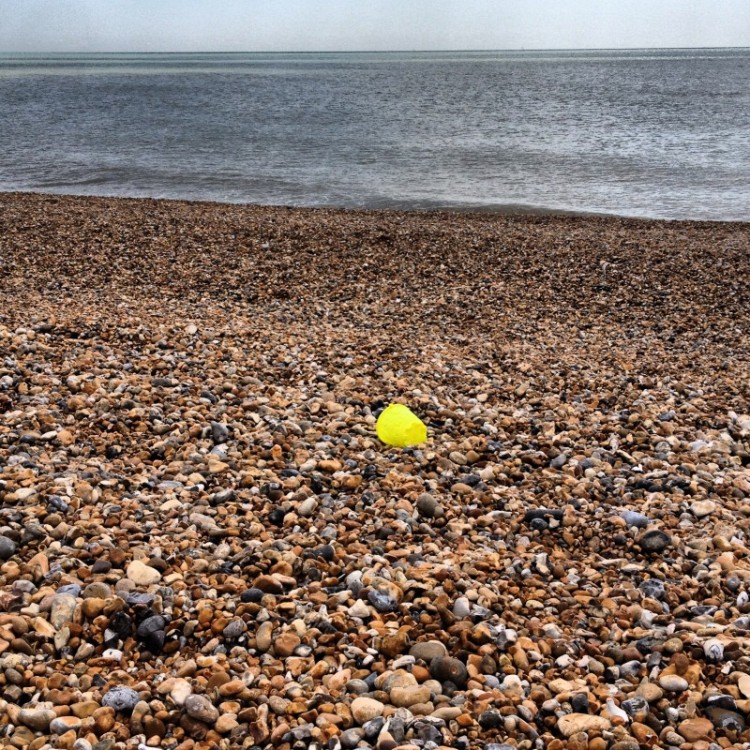 We pacified, then picnicked, then played, until the friends’ departure on the 3.30 train.

At which point, almost in an instant, the tide began to creep away. And the beach became another beast.

My children hooted for this huge SANDY beach that suddenly revealed itself, like a silent secret the sea had been waiting to tell us.

We stayed another two hours. Until my husband, who is a road-biker, arrived from Lewes. (Good tip if your other half is too – solo sporting and family days can be combined in this way). 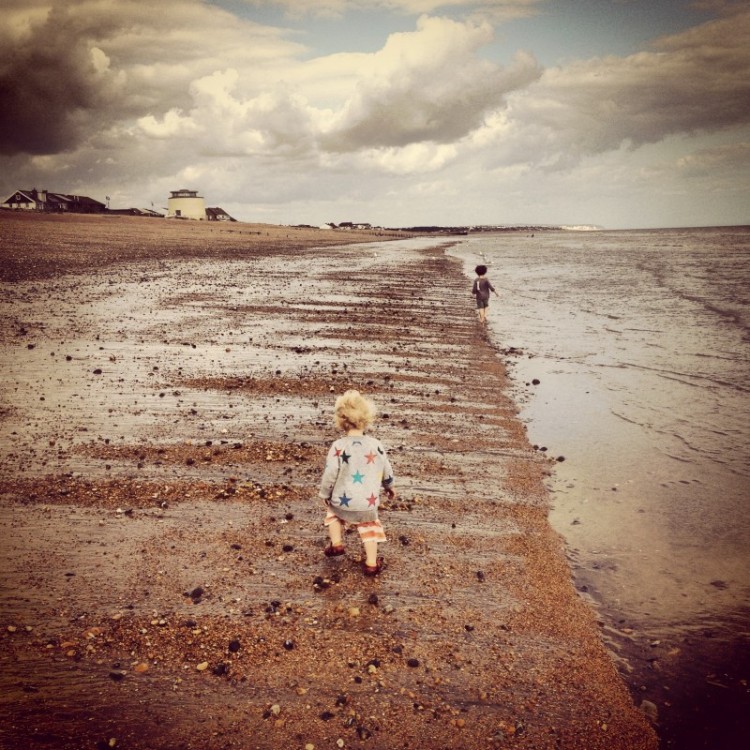 The boys got over their fear of the waves and paddled – the little one revelling in the pad-pad-padding sound his feet made on the glassy surface of the sand.

They hunted for mussel shells, the baby shouted ‘DUCK’ at every seagull we saw, and squealed at every passing dog. The older one wrote in the moist sand, loving how the words disappeared as the grooves caved in on themselves.

We talked about our favourite wordless book ‘Wave’ by Suzy Lee, in which a girl taunts the sea and in its wake it leaves her priceless treasures to collect. (This is my favourite gift to bi-lingual families).

The beach was almost deserted the entire day (OK it was a Monday but we were opposite a busy caravan park and it was the school holidays). It had that feeling of being trapped in the past.

Those two hours at the end of what had already been one of those perfect days were a real salve. I’ve been a bit stressed out by the work and family juggle the past few weeks.

The simplest days as the most relaxing. This one was possibly my favourite day with my children since becoming a mother of two.

Here are some more pictures. I am aware this post is a gratuitous image dump. But It can’t be helped – this is one of those posts that’s serving as a precious memory for me.

(P.S. Two more tips: there’s no loo and nothing to hide behind. Lady readers, I’d advise wearing a skirt to make things easy on yourselves. Bring plastic bags or a Potette for kiddie number twos. And wipes (even if your kids are older). Also, you know Salt Water Sandals’ USP? About being wearable in water? Well FYI they stretch when you do. 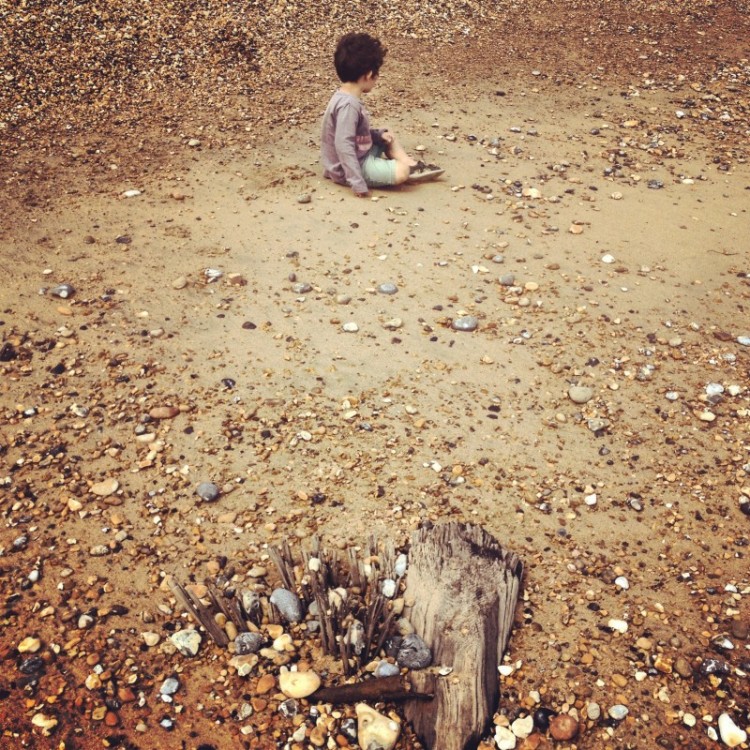 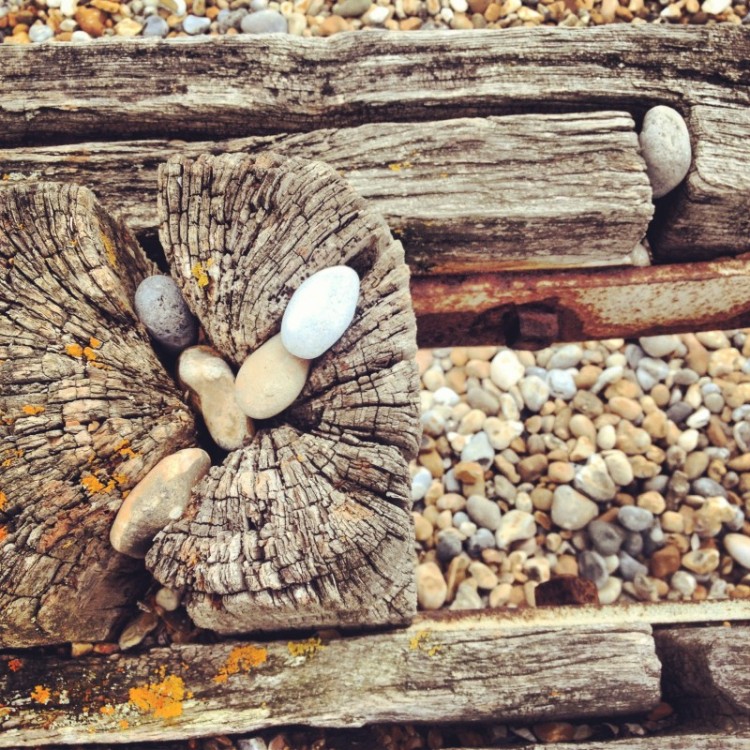 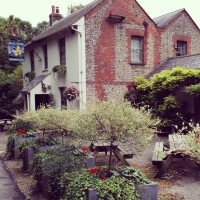