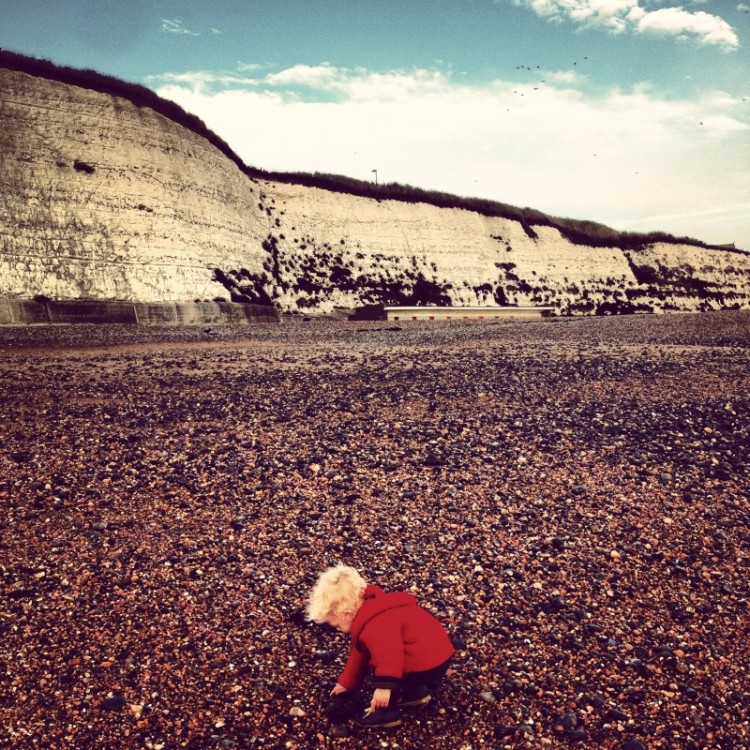 I don’t know about you, but the past few weekends it’s felt like we’re chasing the sun. The days are getting shorter, the dry spells patchier.

But this makes the sunny moments rewarding. When the sun comes out, so do we. (Actually, we are sort of fine with wet weather gear and parks in the rain – it’s all about running off their mania, hear what I’m sayin’?).

I love this time of year. I find September more of a marker of renewal than January. And the gradual hunkering down in the months between then and Christmas is comforting. I blame being half Scandinavian – darkness punctuated by candlelight, even at breakfast time, is a beautiful thing. 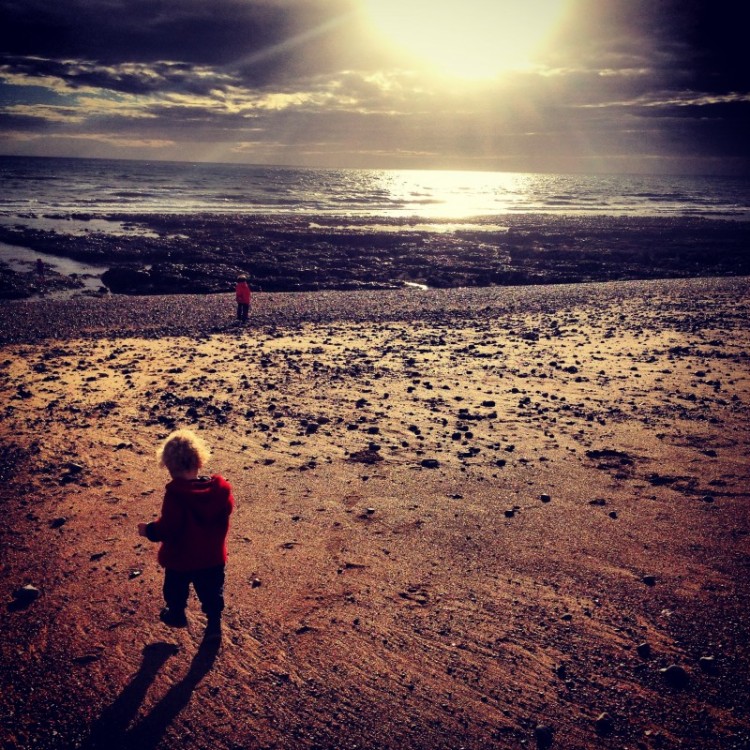 That special autumn sun, bouncing off the sea or the tips of crispy-leaved, wind-ruffled trees, makes me very content. Ooooo, and the colours! A picture I posted to the Little Lewes Facebook page the other day pulled the greatest number of comments and ‘likes’ of any so far shared. So I guess others feel the same. For those who didn’t see it, it’s here.

So, my older son turned five this week and (early) for his birthday, we gave him an already-treasured bike. He shunned the stabilisers (thank you balance bike) and was off! 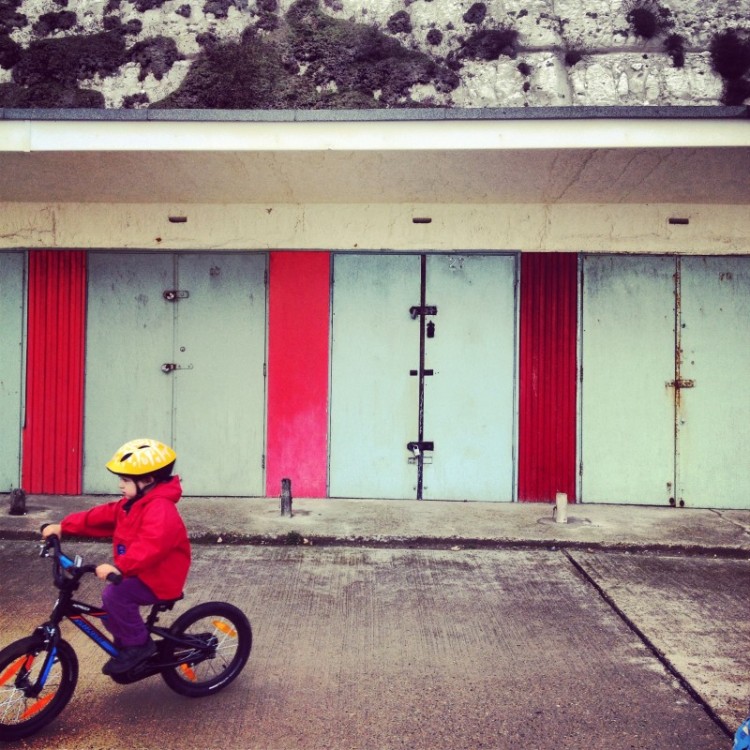 Because of this, our moments in the sun are now about places that can amuse both boys and be wheel-friendly. We’re still in the (blessed) two-hour lunchtime nap phase with the little one. So we go out either in morning or later afternoon. OR we go to places where a (crap city) buggy can be neatly rolled along as happily as a bike. 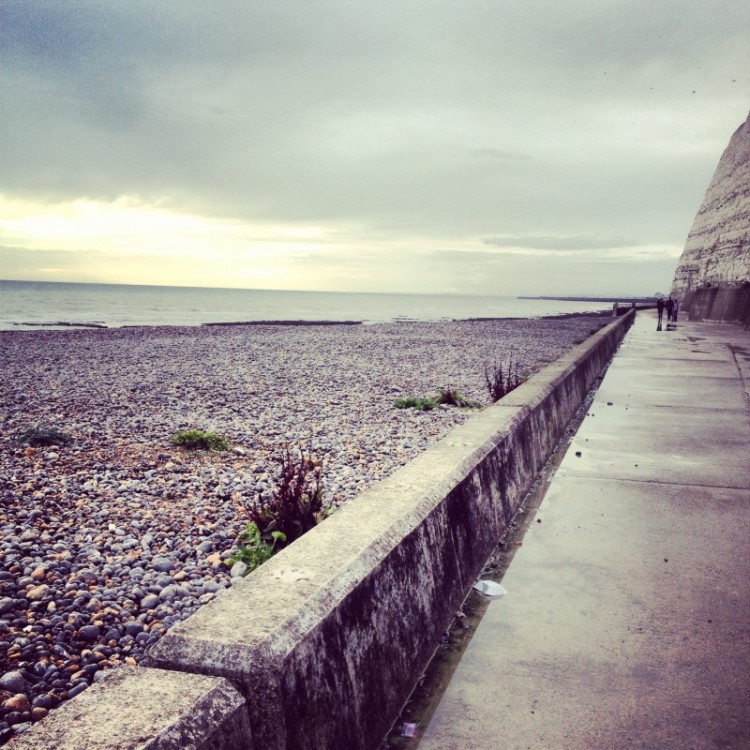 That’s why many of the beaches near Lewes are perfect. Their wide promenades and flat ground suit us. And they provide almost limitless amusement, without the need for kit beyond the wheels. 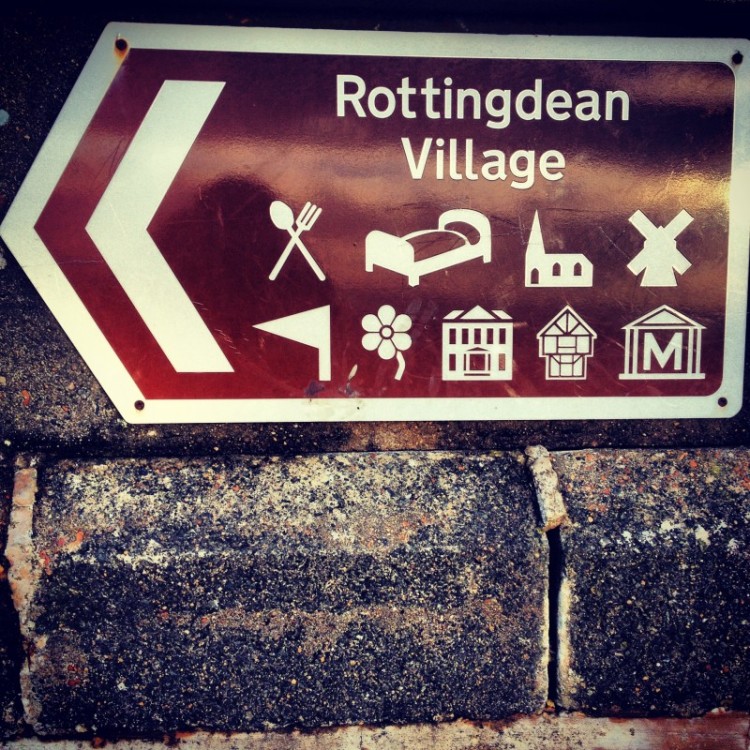 We went to Rottingdean the weekend before last. A few months after we moved to Lewes, I got chatting to a lady who was pond-dipping at the Railway Land with her son. She said that in the summer, they looked at the tide tables and took picnic teas to Rottingdean to go rock pooling. My older boy was only one then, but I logged it and we did it the summer my younger one was brand new. 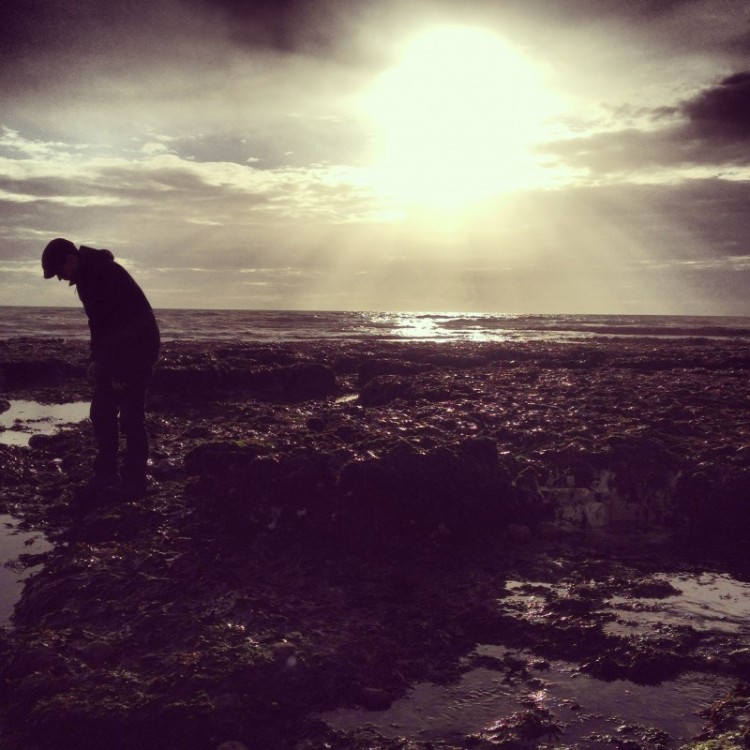 Our biking-inspired trip to Rottingdean this time did nothing but show us that rockpooling is not just for summertime. When we hit the promenade, the beloved bike lasted two minutes. Both boys just wanted to be on the beach, which was glinting after the rainfall.

We hardly moved, rooted instead to the stretch of beach to the right of where you come down the steep slope from the village. The tide was way out and the rock pools beckoned. But they were covered in glossy, slippery seaweed and we didn’t have nets. So the boys had to be content with searching the pools butting right up next to the beach, from the safety of the shingle. 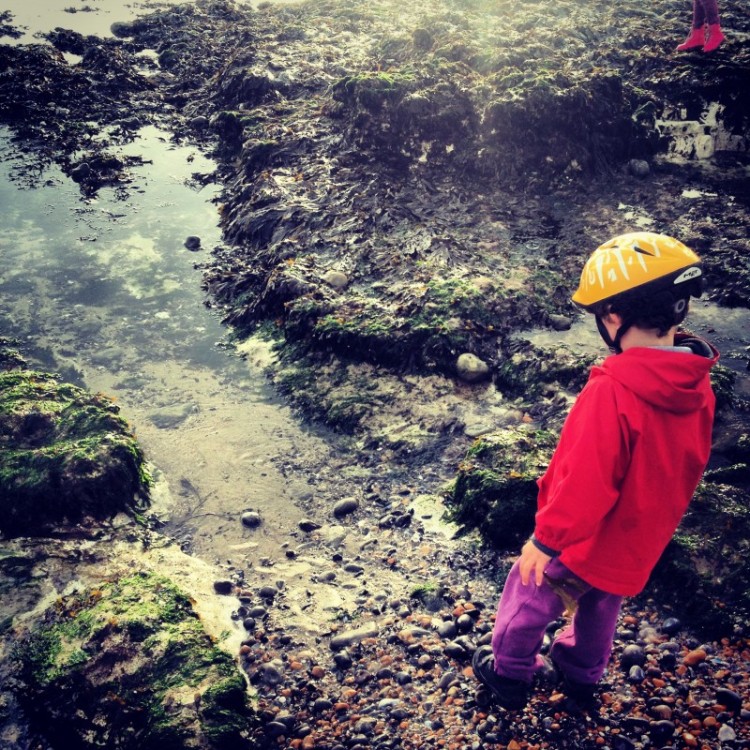 We spent ages picking up treasures on the beach. There were crabs, seaweed of all sorts and shapes. I came home with pockets full of smooth pebbles and flint. 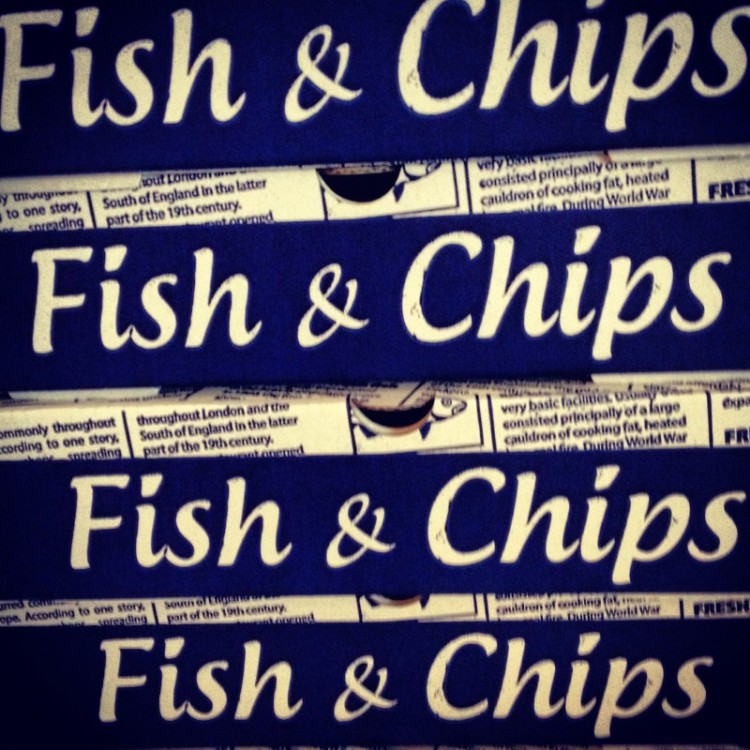 Once we got to 5pm (this is the weekend BEFORE the clocks went back) and the wind picked up and the sun started to go down. We walked up to the small row of shops directly above the entrance to the beach. Here, there is a very good fish and chips shop called Smugglers. This does a kids fish and chips for £5.50; five fish fingers for £3.50; a kids cone of chips for £1.50; and a small chips for £2. 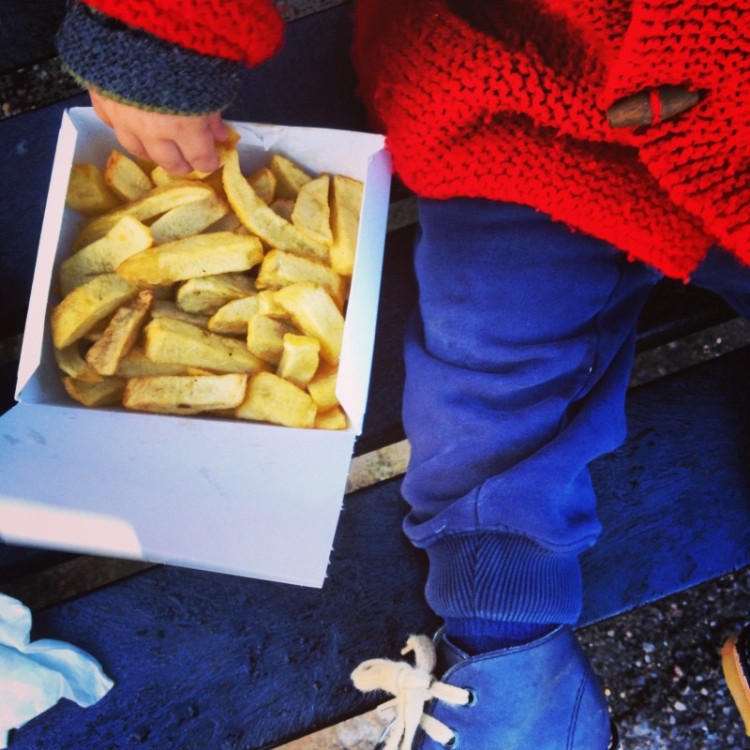 We went for chips and had an al fresco chip supper on a bench on the cliff top overlooking the beach. Being beaten up by the wind, my husband made up a new tradition: holding our loaded chip forks up in the wind to cool the chips and give them some natural seasoning (the salt in the air). But then it took ages for the boys to get through their box because they wanted to do this with every chip. Blast. 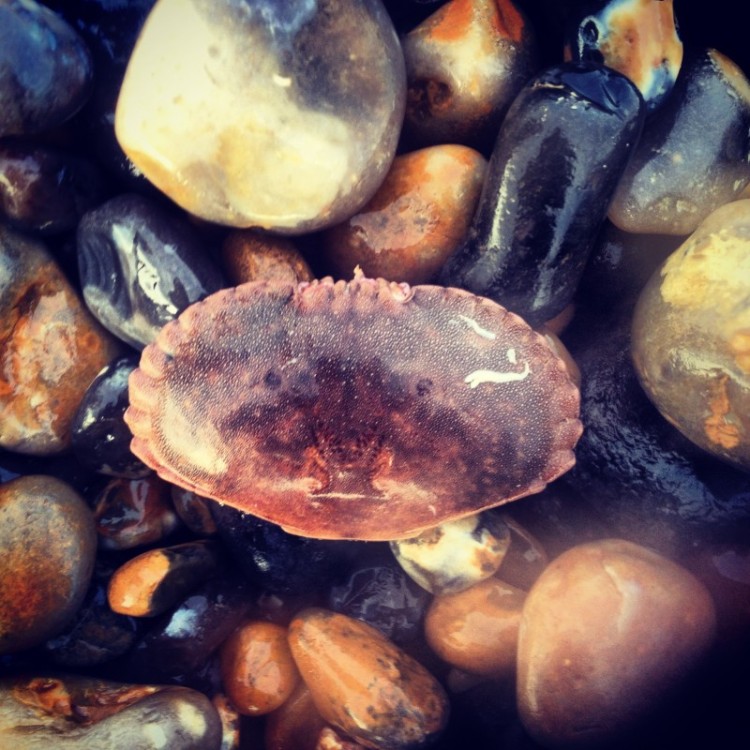 Before I bombard you with images of our afternoon, here are some Rottingdean tips beyond the beach:

If you want to know how to get to Rottingdean, click here for the directions.

And now here is the bombarding. With the images. Of our afternoon. 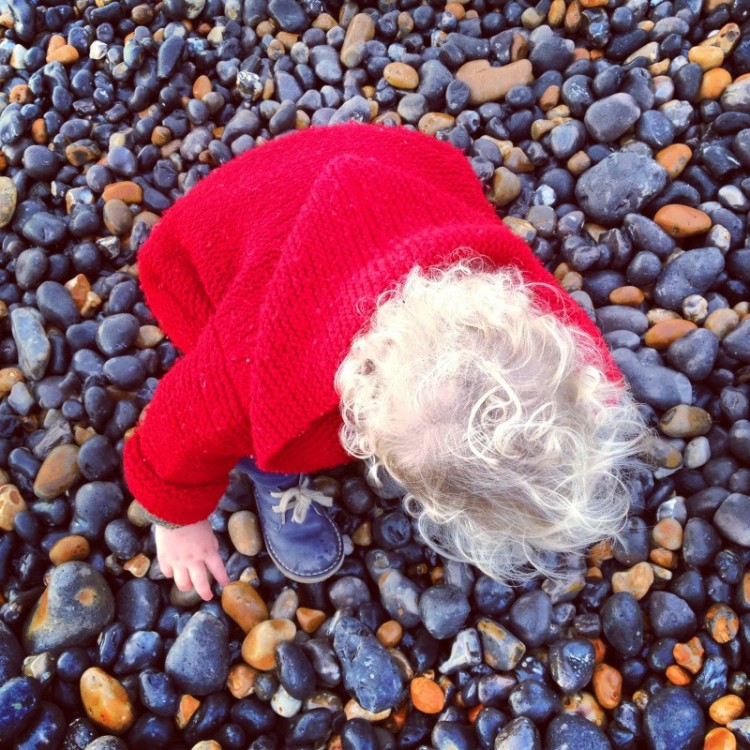 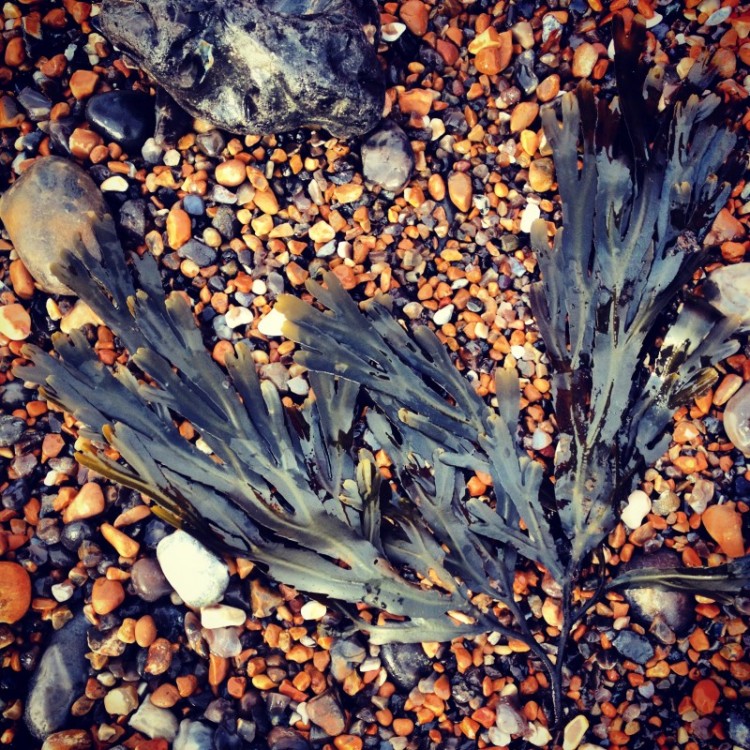 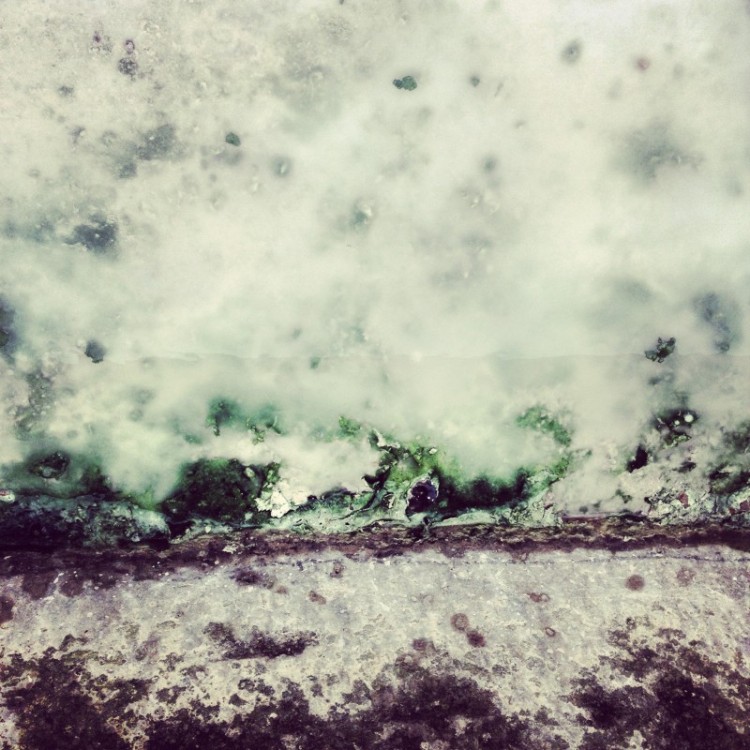 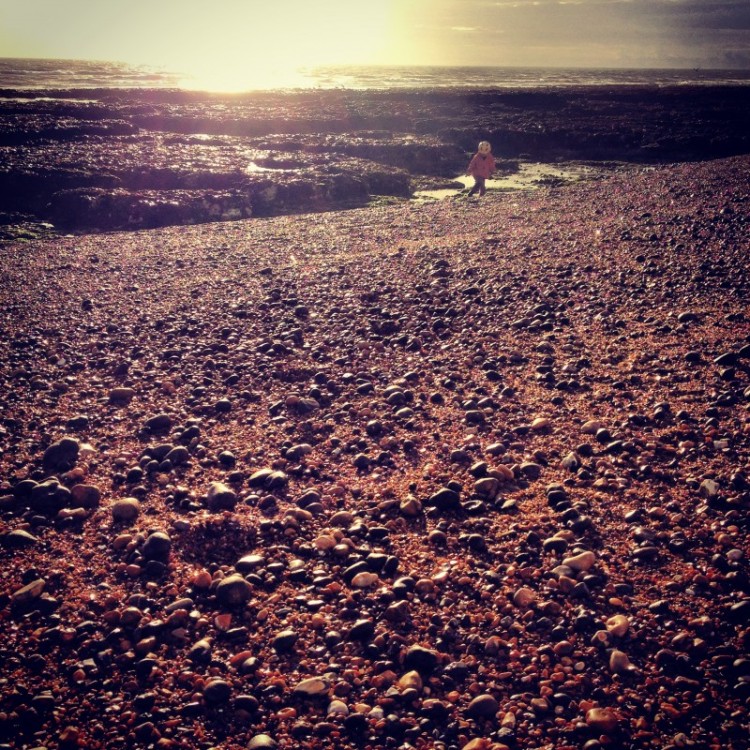 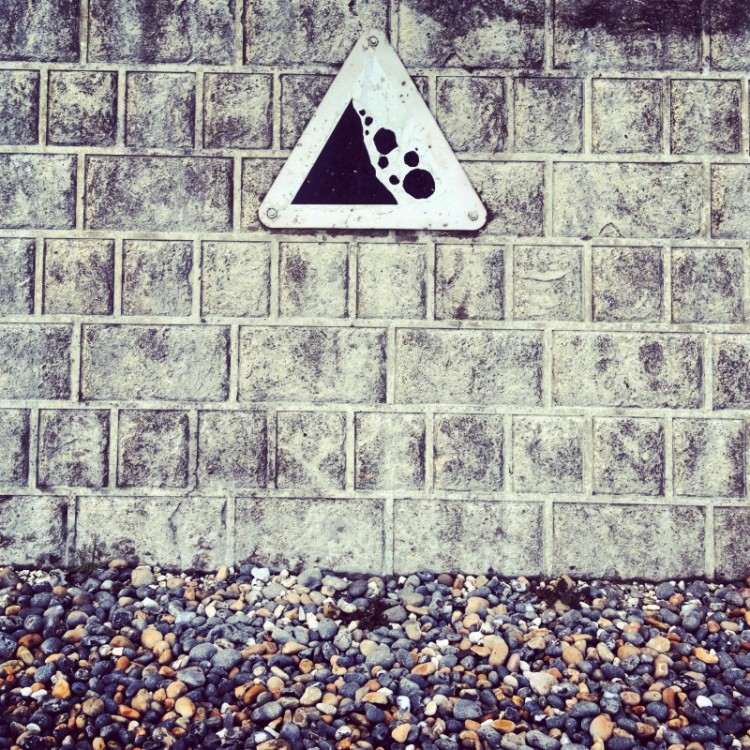 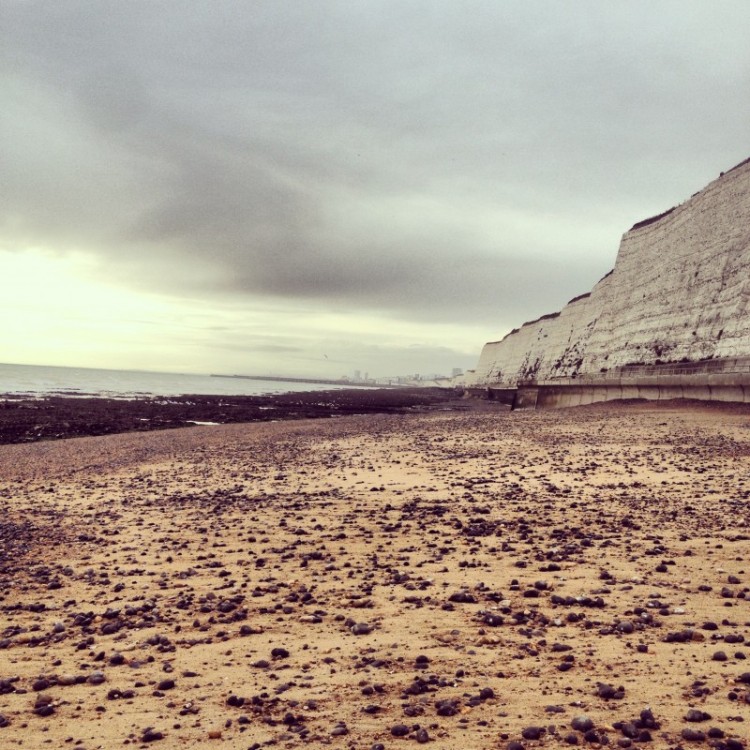 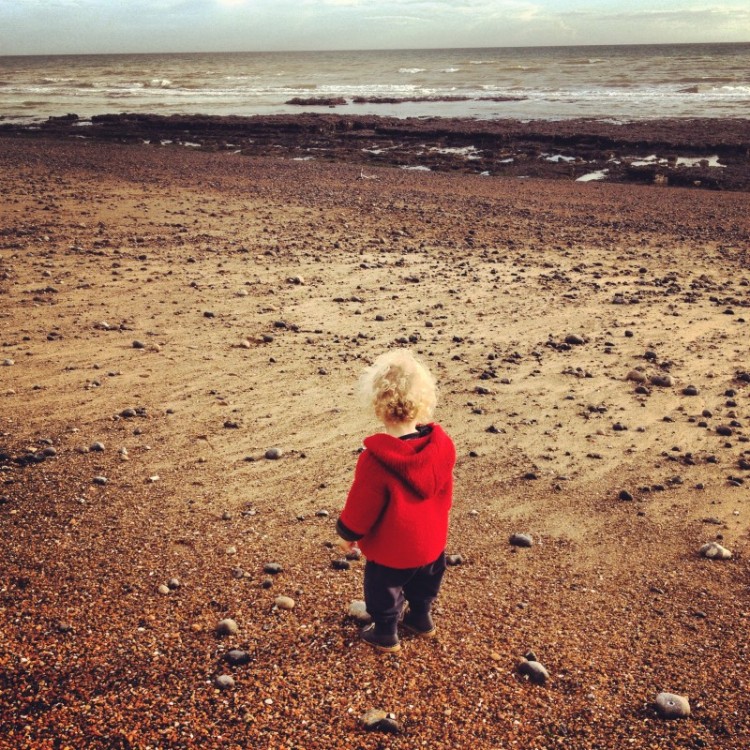 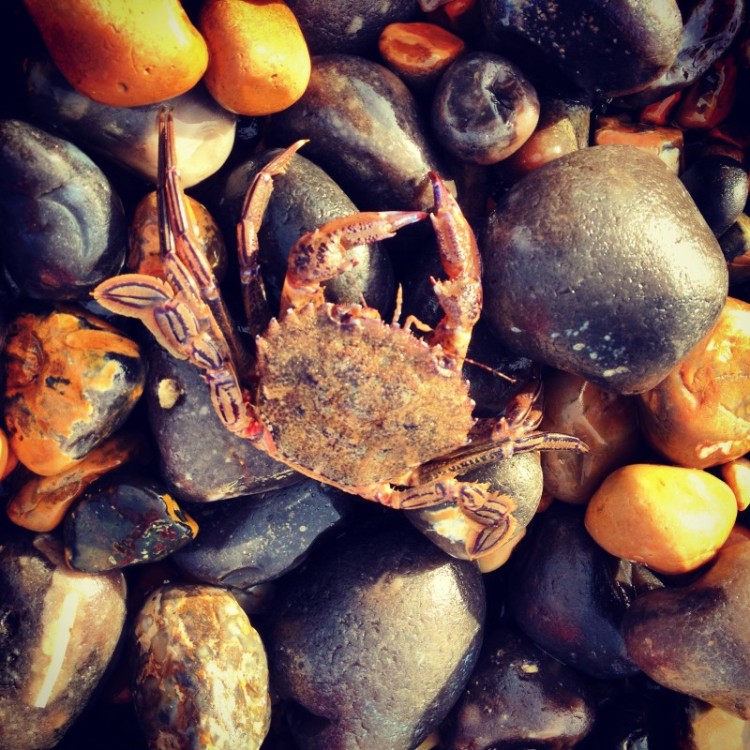 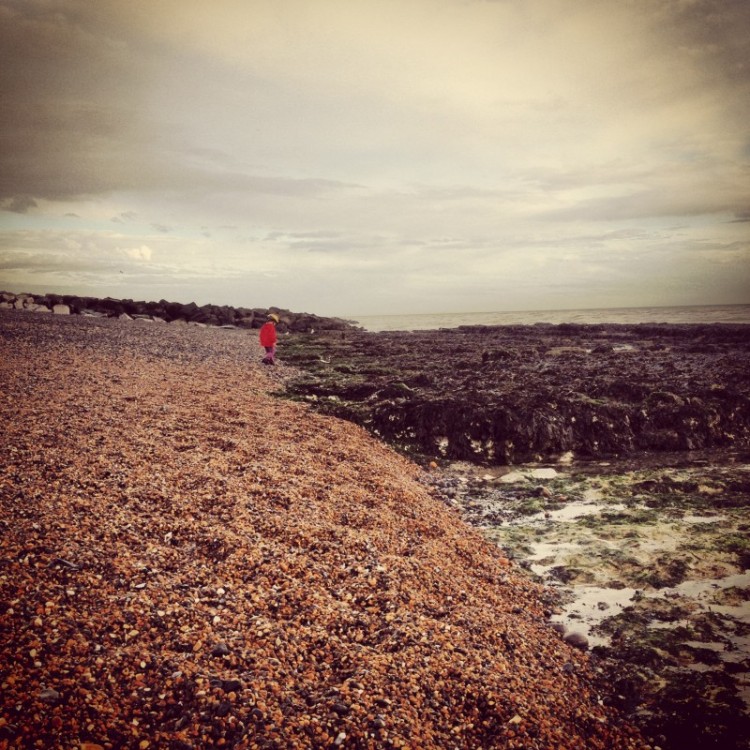 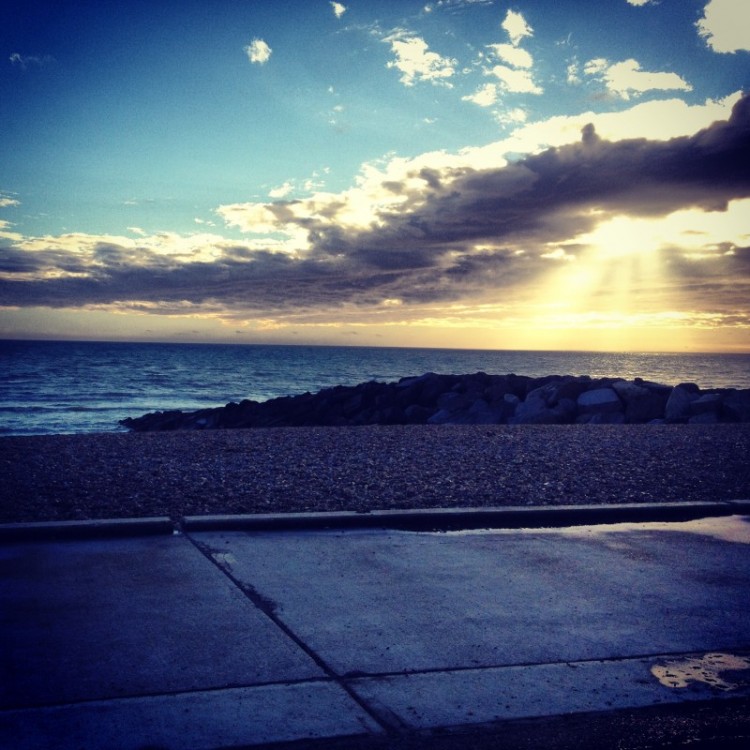 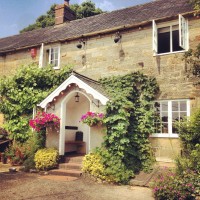 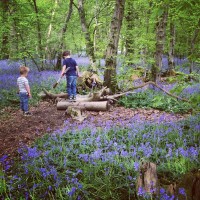 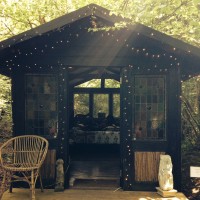